You are here: Home / hosts 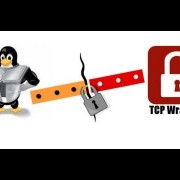 When a connection attempt is made to a TCP-wrapped service, the service first references the host’s access files (/etc/hosts.allow and /etc/hosts.deny) to determine whether or not the client is allowed to connect. In most cases, it then uses the syslog daemon (syslogd) to write the name of the requesting client and the requested service to /var/log/secure or /var/log/messages.

For example, the following hosts.allow file allows anyone to connect to the OpenSSH daemon (ssh, scp, sftp)
but allows telnet connections only from the same network as the local system and users on the 192.168. subnet:

Examples For a more secure system, put the following line in hosts.deny to block all access:

This line prevents any client from connecting to any service, unless specifically permitted in hosts.allow.

When a client requests a connection with a local server, the hosts.allow and hosts.deny files are consulted in the following manner until a match is found: