You are here: Home / Linux 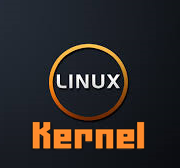 Linux was originally developed as a free operating system for personal computers based on the Intel x86 architecture, but has since been ported to more hardware platforms than any other operating system. Thanks to its dominance in smartphones, Android, which is built on top of the Linux kernel, has the largest installed base of all general purpose operating systems installed.

It has been over a month since Linus Torvalds announced the release of Linux kernel 4.3, and we have to admit we were wondering when it would get some maintenance releases. Well, today is that day, as the Linux kernel 4.3.1 was introduced and includes some pretty interesting things. First, in number, Linux kernel 4.3.1 changes files 136, with 1,224 438 insertions and deletions.

“I am announcing the release of the 4.3.1 kernel. All users of the 4.3 kernel series should upgrade,” said Greg Kroah-Hartman. “The updated 4.3.y git tree can be found at: git: linux-4.3.yy //git.kernel.org/pub/scm/linux/kernel/git/stable/linux-stable.git can be found in the kernel.org git normal web browser: http://git.kernel.org/?p=linux/kernel/git/stable/linux-stable.git;a=summary “.

According shortlog attached, the first maintenance release of the Linux kernel 4.3 brings improvements in dozens of ARM, x86, s390, MIPS, and ARM64 (AArch64) hardware architectures, multiple network upgrades, especially for things like Bluetooth, IPv6 , IPv4, mac80211, NFC, TIPC (transparent communication between processes) and Wi-Fi as well as a pair of USB controllers improvements sound.
Many drivers have been updated

all users of GNU / Linux running Linux kernel 4.3 for Linux 4.3.1 kernel upgrade as soon as possible, or more precisely as you get to the default software repositories of their operating systems are encouraged. Meanwhile, operating system vendors and experienced users can download the source code of the Linux kernel 4.3.1 right now from Softpedia or kernel.org website and begin compiling by hand. 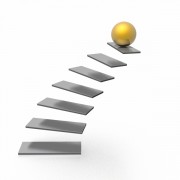 How to Find Out Current Run Level Command

There are 7 run levels in linux as listed above, To check the current Run Level use the command:

How to Change Run Level Command

In order to change the run level in linux use init command: 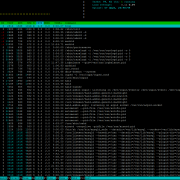 For installation of htop following are the dependencies

Install and configure htop package as given below: 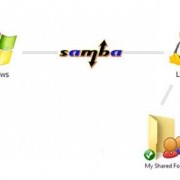 “Samba is an Open Source/Free Software suite that provides seamless file and print services to SMB/CIFS clients.” Samba is freely available, unlike other SMB/CIFS implementations, and allows for interoperability between Linux/Unix servers and Windows-based clients.

Install the required packages in order to install samba server

Use the following command to add a new Samba user:

Give the permissions to /samba/folder/ directory

To Enable smb in multi-user levels.

To start the Apache/httpd, run:

To verify the httpd port is open or not use the command:

Use the apt-get command:

We can also install httpd from CDROM with rpm command: 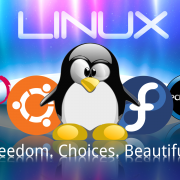 The history of Linux began in 1991 with the commencement of a personal project by Finnish student Linus Torvalds to create a new free operating system kernel. Since then, the resulting Linux kernel has been marked by constant growth throughout its history. Since the initial release of its source code in 1991, it has grown from a small number of C files under a license prohibiting commercial distribution to the 3.18 version in 2015 with more than 18 million lines of source code under the GNU General Public License

In 1991, in Helsinki, Linus Torvalds began a project that later became the Linux kernel. He wrote the program specifically for the hardware he was using and independent of an operating system because he wanted to use the functions of his new PC with an 80386 processor. Development was done on MINIX using the GNU C compiler. The GNU C Compiler is still the main choice for compiling Linux today. The code however, can be built with other compilers, such as the Intel C Compiler.

As Torvalds wrote in his book Just for Fun,[10] he eventually ended up writing an operating system kernel. On 25 August 1991 (age 21), he announced this system in a Usenet posting to the newsgroup “comp.os.minix.”:

Hello everybody out there using minix –

I’m doing a (free) operating system (just a hobby, won’t be big and professional like gnu) for 386(486) AT clones. This has been brewing since april, and is starting to get ready. I’d like any feedback on things people like/dislike in minix, as my OS resembles it somewhat (same physical layout of the file-system (due to practical reasons) among other things).

I’ve currently ported bash(1.08) and gcc(1.40), and things seem to work. This implies that I’ll get something practical within a few months, and I’d like to know what features most people would want. Any suggestions are welcome, but I won’t promise I’ll implement them 🙂

PS. Yes – it’s free of any minix code, and it has a multi-threaded fs. It is NOT portable (uses 386 task switching etc), and it probably never will support anything other than AT-harddisks, as that’s all I have :-(.