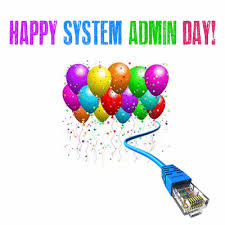 System Administrator Appreciation Day, also known as Sysadmin Day, SysAdminDay, SAD or SAAD, is an annual event created by system administrator Ted Kekatos. The event exists to show appreciation for the work of sysadmins and other IT workers. It is celebrated on the last Friday in July.

The first System Administrator Appreciation Day was celebrated on July 28, 2000. Kekatos was inspired to create the special day by a Hewlett-Packard magazine advertisement in which a system administrator is presented with flowers and fruit-baskets by grateful co-workers as thanks for installing new printers. Kekatos had just installed several of the same model printer at his workplace.

The official SysAdmin Day website includes many suggestions for the proper observation of the holiday. Most common is cake and ice cream.

How To Install OwnCloud on Ubuntu

How to Create Alias in Linux
Scroll to top